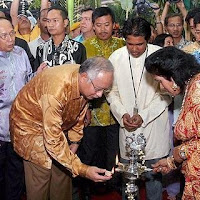 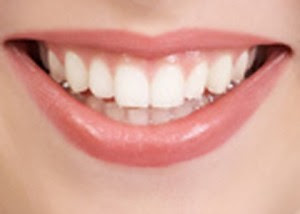 Garlic and Your Health 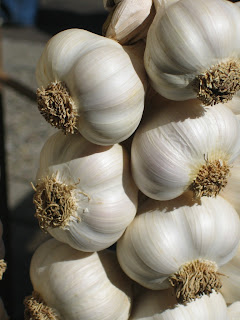 Garlic (allium sativum) is packed full of health-promoting power. It's famous for being one of our most powerful natural health allies. It can be used in poultices and teas or in direct applications. Or you can enjoy more of it in all your favorite foods. In fact, nearly everyone would benefit from a generous boost of garlic in the daily diet, because it...
* is a potent antibiotic, antiviral, antifungal and immune-boosting herb
* can be used to treat wounds, infections and sties
* improves circulation
* treats ulcers
* attacks cold germs and flu viruses
* prevents and treats respiratory and throat problems, such as chronic bronchitis, sinusitis, sore throat, tonsillitis and pneumocystis pneumonia
* alleviates allergy symptoms
* retards inflammatory reactions
* can be used directly to treat burns and insect bites and stings
* treats earaches and ear infections
* helps prevent altitude sickness
* is effective at treating breastfeeding- related mastitis with the added bonus of not introducing antibiotics into baby's milk
* helps babies nurse better
* reduces high cholesterol levels
* helps control blood sugar levels
* lowers high blood pressure
* helps prevent ischemic stroke (If you're concerned about hemorrhagic stroke, avoid anti-clotting herbs.)
* helps prevent heart disease and heart attacks
* helps prevent angina and congestive heart failure
* reduces ventricular tachycardia and fibrillation of cardiac arrhythmia
* treats athlete's foot and other fungal infections
* treats vaginal yeast infections (candidiasis) , thrush and vaginitis
* helps prevent some types of cancer
* helps prevent migraines
* helps treat both types of herpes virus
* treats pinworms, roundworms, giardia (an amoeba) and other parasitic infections
* contains more blood-thinnning anticoagulants (9) than any other herb
* may help slow physiological aging and age-related memory loss
* helps prevent opportunistic infections of AIDS, and may inhibit spread of HIV in the body
* helps reduce the leg pain associated with peripheral vascular disease
* fights tuberculosis and enhances the action of standard antibiotics in fighting off tuberculosis bacteria
di Julai 27, 2009 Tiada ulasan: 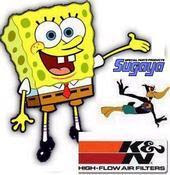 Don’t fall in love with any of your investmet.

Time is not your friend. 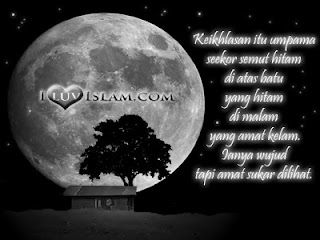 Here is something interesting. ....... When you go to buy bread in the grocery store, have you ever wondered which is the freshest, so you 'squeeze' for freshness or softness. Did you know that bread is delivered fresh to the stores five days a week? Monday, Tuesday, Thursday, Friday and Saturday. Each day has a different color twist tie. They are : Monday - Blue Tuesday - Green Thursday - Red Friday - White Saturday - Yellow So if today is Thursday, you would want red twist tie not white which is Fridays. (almost a week old)! The colors go alphabeti cally by color Blue - Green - Red -White -Yellow, Monday thru Saturday. Very easy to remember. I thought this was interesting. I looked in the grocery store and the bread wrappers DO have different twist ties, and even the one with the plastic clips have different colors. Enjoy fresh bread when you buy bread with the right color on the day you are shopping.
di Julai 13, 2009 Tiada ulasan:

Individuals have a way to identify the type of plastic in many products, especially food storage containers and packaging. Many, but not all, such plastic products have a number – the resin identification code – molded, formed or imprinted in or on the container, often on the bottom. This system of coding was developed in 1988 by the U.S.-based Society of the Plastics Industry to facilitate the recycling of post-consumer plastics. It is voluntary for plastic manufacturers, but has become relatively standard on certain plastic products sold globally. Knowing the code for a particular product, consumers can then inform themselves of the characteristics of the plastic and the risks of using that product.

The seven plastic resin codes are each briefly described below to provide a quick snapshot detailing the name of the resin (i.e., the base material of the plastic), typical products it is found in, dangerous chemicals it leaches, and why they are dangerous.

Polyethylene terephthalate (PET or PETE) – Used in soft drink, juice, water, beer, mouthwash, peanut butter, salad dressing, detergent and cleaner containers. Leaches antimony trioxide and di(2ethylhexyl) pthalate (DEHP). Workers exposed to antimony trioxide for long periods of time have exhibited respiratory and skin irritation; among female workers, increased incidence of menstrual problems and miscarriage; their children exhibited slower development in the first twelve months of life. The longer a liquid is left in such a container the greater the concentration of antimony released into the liquid. DEHP is an endocrine disruptor that mimics the female hormone estrogen. It has been strongly linked to asthma and allergies in children. It may cause certain types of cancer, and it has been linked to negative effects on the liver, kidney, spleen, bone formation and body weight. In Europe, DEHP has been banned since 1999 from use in plastic toys for children under the age of three.

Polyvinyl chloride (V or Vinyl or PVC) – Used in toys, clear food and non-food packaging (e.g., cling wrap), some squeeze bottles, shampoo bottles, cooking oil and peanut butter jars, detergent and window cleaner bottles, shower curtains, medical tubing, and numerous construction products (e.g., pipes, siding). PVC has been described as one of the most hazardous consumer products ever created. Leaches di(2-ethylhexyl) phthalate (DEHP) or butyl benzyl phthalate (BBzP), depending on which is used as the plasticizer or softener (usually DEHP). DEHP and BBzP are endocrine disruptors mimicking the female hormone estrogen; have been strongly linked to asthma and allergic symptoms in children; may cause certain types of cancer; linked to negative effects on the liver, kidney, spleen, bone formation and body weight. In Europe, DEHP and BBzP and other dangerous pthalates have been banned from use in plastic toys for children under three since 1999. Not so elsewhere, including Canada and the United States.

Polypropylene (PP) – Used in ketchup bottles, yogurt and margarine tubs, medecine and syrup bottles, straws, Rubbermaid and other opaque plastic containers, including baby bottles. Considered a 'safer' plastic. Our research on risks associated with this type of plastic is ongoing.

Other – This is a catch-all category that includes anything that does not come within the other six categories. As such, one must be careful in interpreting this category because it includes polycarbonate - a dangerous plastic - but it also includes the new, safer, biodegradable bio-based plastics made from renewable resources such as corn and potato starch, and sugar cane. Polycarbonate is used in many plastic baby bottles, clear plastic “sippy” cups, sports water bottles, three and five gallon large water storage containers, metal food can liners, some juice and ketchup containers, compact discs, cell phones, computers. Polycarbonate leaches Bisphenol A (some effects described above), and numerous studies have indicated a wide array of possible adverse effects from low-level exposure to Bisphenol A: chromosome damage in female ovaries, decreased sperm production in males, early onset of puberty, various behavioural changes, altered immune function, and sex reversal in frogs.

Important Note: Two other types of plastic that fall under code 7 are acrylonitrile styrene (AS) or styrene acrylonitrile (SAN), and acrylonitrile butadiene styrene (ABS). Both AS/SAN and ABS are higher quality plastics with increased strength, rigidity, toughness and temperature and chemical resistance. AS/SAN is used in mixing bowls, thermos casing, dishes, cutlery, coffee filters, toothbrushes, outer covers (printers, calculators, lamps), battery housing. The incorporation of butadiene during the manufacture of AS/SAN, produces ABS, which is an even tougher plastic. ABS is used in LEGO toys, pipes, golf club heads, automotive parts, protective head gear. Our research on risks associated with AS/SAN and ABS is ongoing.

WHAT THIS MEANS FOR YOUR EVERYDAY PLASTIC USE: You may wish to seriously consider your – and especially your children's – use of plastics numbered 1, 3, 6 and 7 (polycarbonate) , all of which have been shown to leach dangerous chemicals. This does not necessarily mean the others are completely safe, just that they have been studied less to date.

So if you have to use plastic, it is safest to stick to numbers 2, 4, 5 and 7 (other than polycarbonate) whenever possible.

If an item does not have a plastic code on it, or if the type of plastic is unclear from the code (e.g., with #7, it likely will not say it is polycarbonate) , your best bet is to contact the manufacturer and ask them directly what type of plastic was used to make the product.

Here are some simple tips to help you in working toward a life without plastic, or a life of safer, more informed plastic use.

o Avoid polycarbonate (#7) baby bottles and sippy cups. For baby bottles, try and use glass, polyethylene or polypropylene instead. Sippy cups made of stainless steel (e.g., Kleen Kanteen, Purica), or of polypropylene or polyethylene are safer. Be sure to check the bottle or cup to be sure of the type of plastic it contains. As for baby bottle nipples, try and use silicone which does not leach the carcinogenic nitrosamines that can be found in latex.

o If you must use polycarbonate (#7) bottles, avoid heating food and drink in the bottle. Heat it in a separate container and transfer it to the bottle once it is warm enough for the child to eat or drink. If the plastic is showing signs of wear – scratched, cloudy – discard the container.

o For drinking water, try and avoid plastic bottles. If you do use plastic bottles made from #1 or #2 plastic try not to reuse them as they are intended only for single use. One alternative is a stainless steel water bottle. For storing large quantities of water, glass and stainless steel containers are also available. If you use a #1 water bottle, try to consume the contents as soon as possible because leaching of antimony increases with time.

o Try to avoid heating foods in plastic containers, especially in the microwave oven, which can cause the plastic to degrade and leach chemicals faster. As well, leaching increases when plastic comes into contact with oily or fatty foods, or when the plastic is scratched, worn, cracked, or sticky.

o Use plastic wraps with caution, especially in the microwave, and try to keep the plastic from touching the food. Alternatives include wax paper or paper towels.

o Avoid plastic dishes and utensils for meals. Alternatives include glass, ceramic, wood, stainless steel, and lacquer ware. Offer your child or grandchild a non-plastic dish set made of either stainless steel or wood (safely coated with a non-toxic lacquer).

These days, plastic is so omnipresent it can be difficult to imagine life without plastic. Yet, our ancestors managed just fine without it. All it takes is a little imagination, determination and discipline. 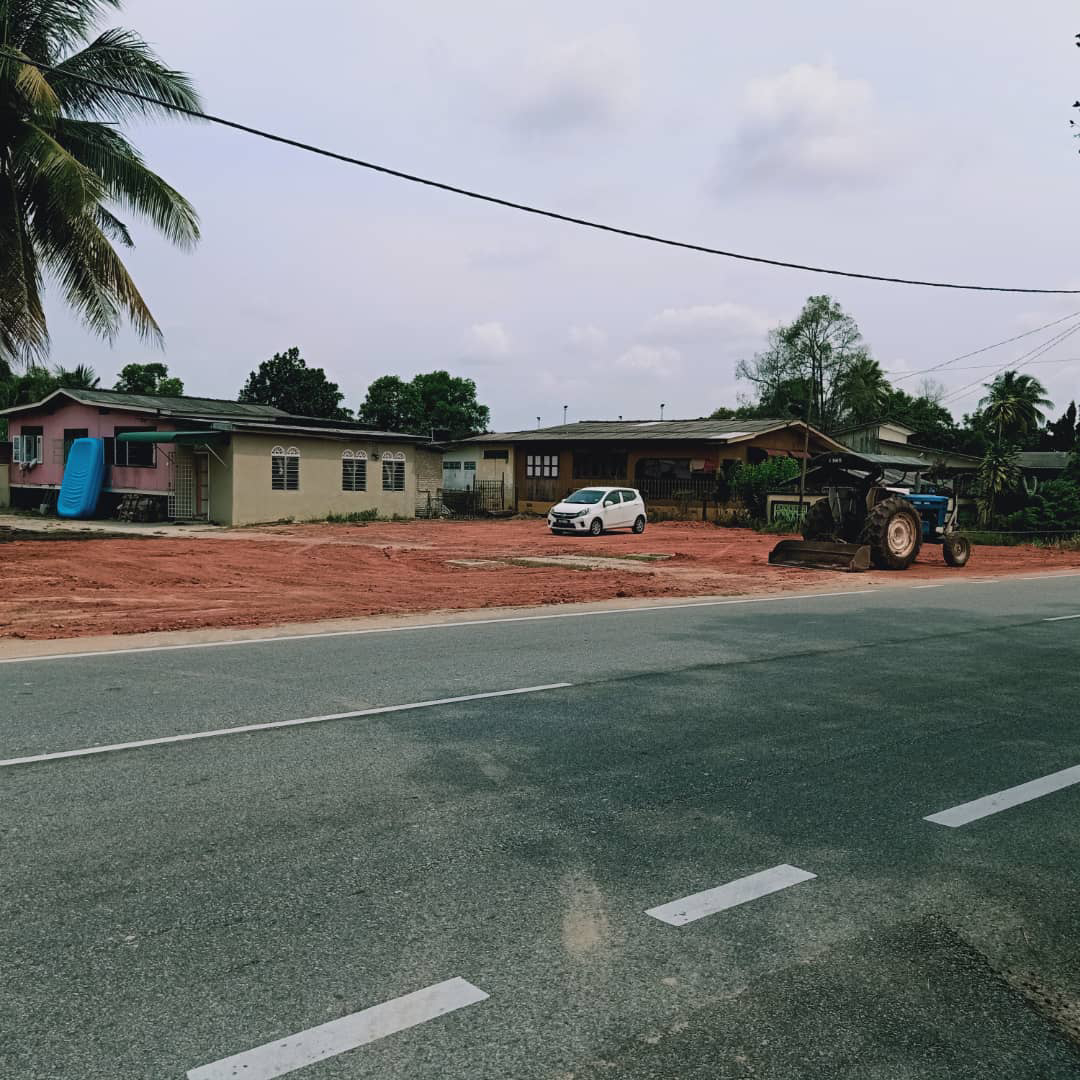